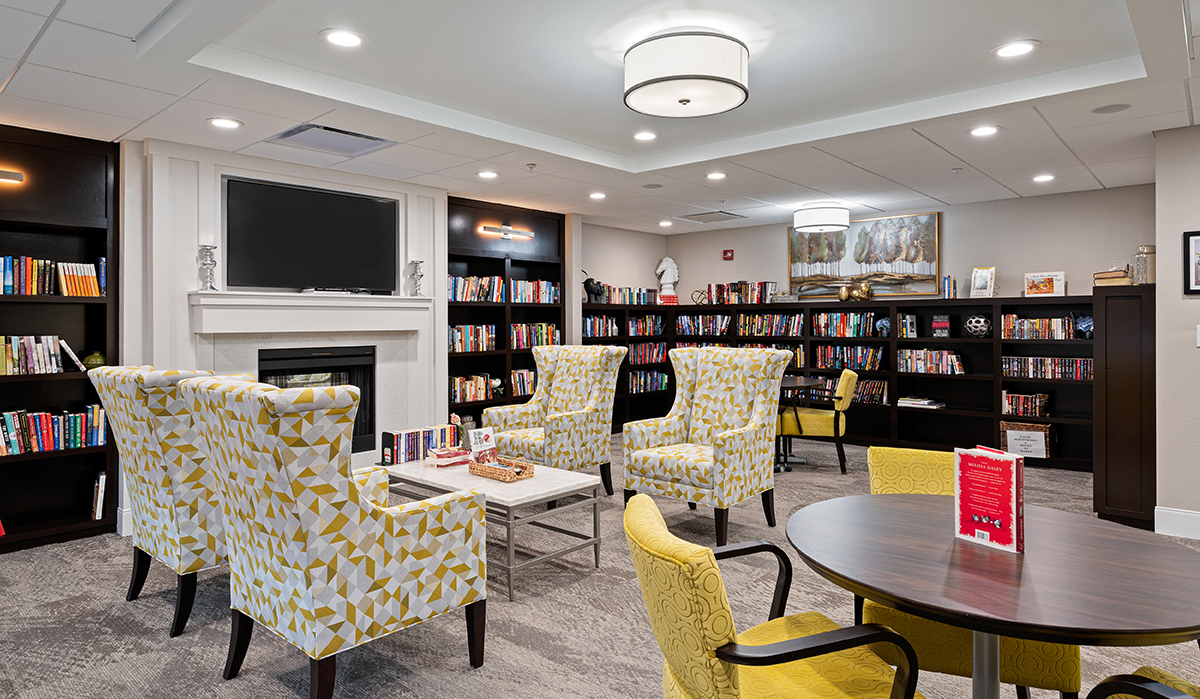 The original project scope for Carnegie Village, an independent senior living community,  included repairs to fix a leaky roof in the existing library. Through discussions with the owner, it was determined that the library itself was in an undesirable location, leading the team to question how the space could be better utilized. What followed was a reprogramming effort to breathe life into an outdated community by activating common area spaces, creating more opportunities for resident engagement, and updating the finishes to improve the interior environment.

Carnegie Village had very few updates since it was originally constructed in 2002. There was little cohesion in the interior design regarding space-planning, furniture selection, and architectural accoutrements. The interior was generally composed of “builder grade” finishes and devoid of color. The common areas were generously sized, but poorly configured and ultimately, underutilized. There was very little defined function in what was a seemingly large, expansive shell which negatively impacted wayfinding and public activity.

The resulting project focused on reprogramming the common amenities, with a specific emphasis on the entry lobby and adjacent spaces to create a revamped reception area, staff office, salon, fitness room, reading lounge, multipurpose room, dining room, hearth room, and pub. The most impactful change was the removal of the grand staircase that filled the lobby and blocked the view from the front door. The finishes and lighting were selected to serve various functions, from the delineation of space and program to the enhancement of indoor environmental quality for increased social engagement outside of the private rooms