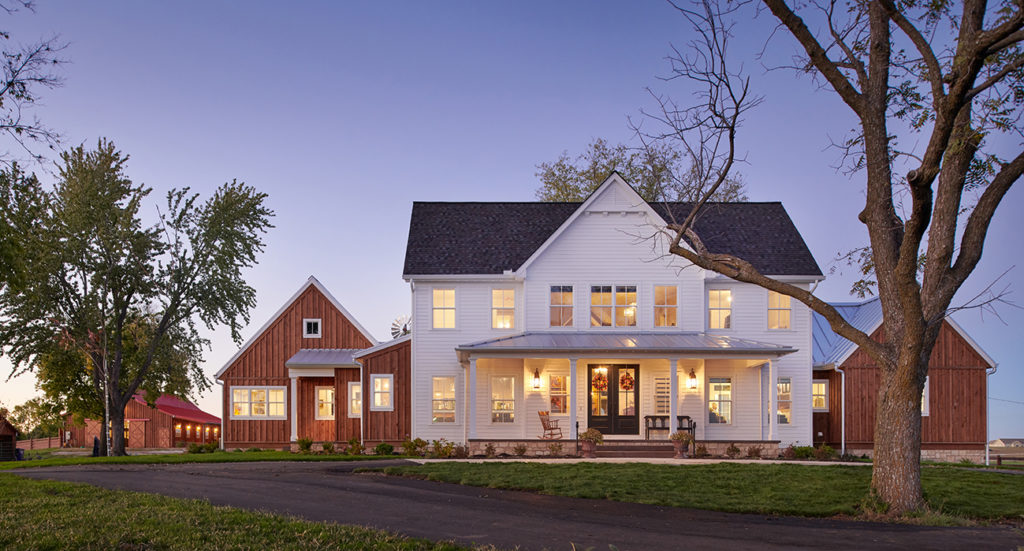 “Design is so much about earning the client’s trust through being a good listener.  The client typically provides the vision in the form of images. They come to me because they have an image of what they like. But need help making it work with the function, space and budget,” says Todd. “If I can listen well, and earn their trust, then their vision will have its best chance of being fully accomplished. Listening doesn’t just take place in the beginning, but continuously, throughout the entire process,” he said.

To keep the scale of the home true to its farmhouse roots, he created a bit of an illusion by designing a two-story portion that appears as an original, white, clapboard-sided farmhouse. The Nordquist’s had more rooms/space than would fit in the original foot print of the home. The additional spaces were sided with pine to match the barn and appears to look like additions added onto the original farmhouse. “Ann and Randy did an excellent job of conveying the things that were important to them were willing to listen to my thoughts and dialogue to reach the best solution. They were a pleasure to work with!” said Todd.

In addition to architecture, NSPJ Principal Landscape Architect, Katie Martinovic, worked with the Nordquist’s on the landscape design. The landscape architecture drew inspiration from traditional farm plant materials and focused on several key elements. In the rear of the house, an over sized stone fire pit sits for friends and family to enjoy. Read and view more photos in our portfolio or in Kansas City Homes & Style.