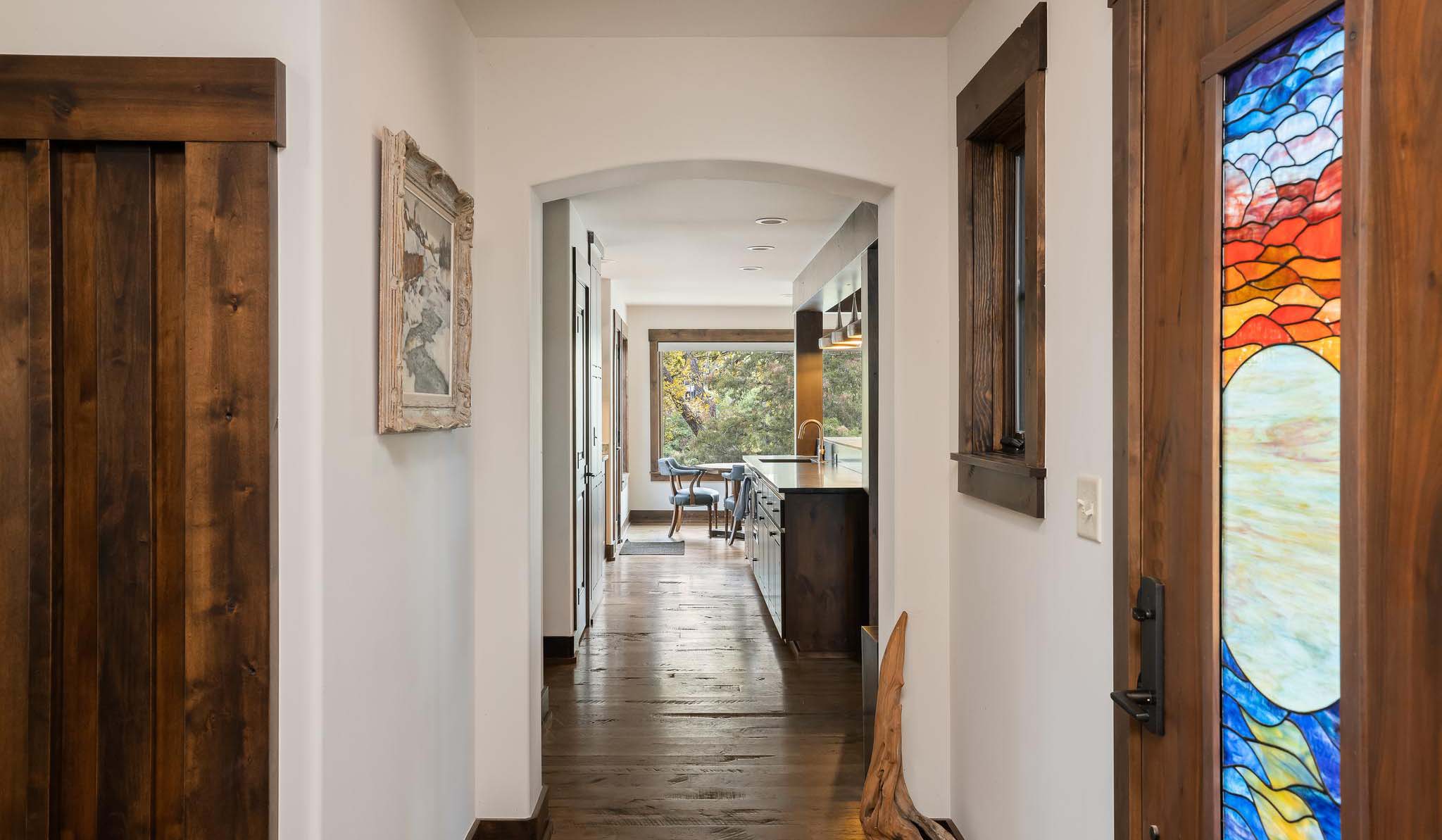 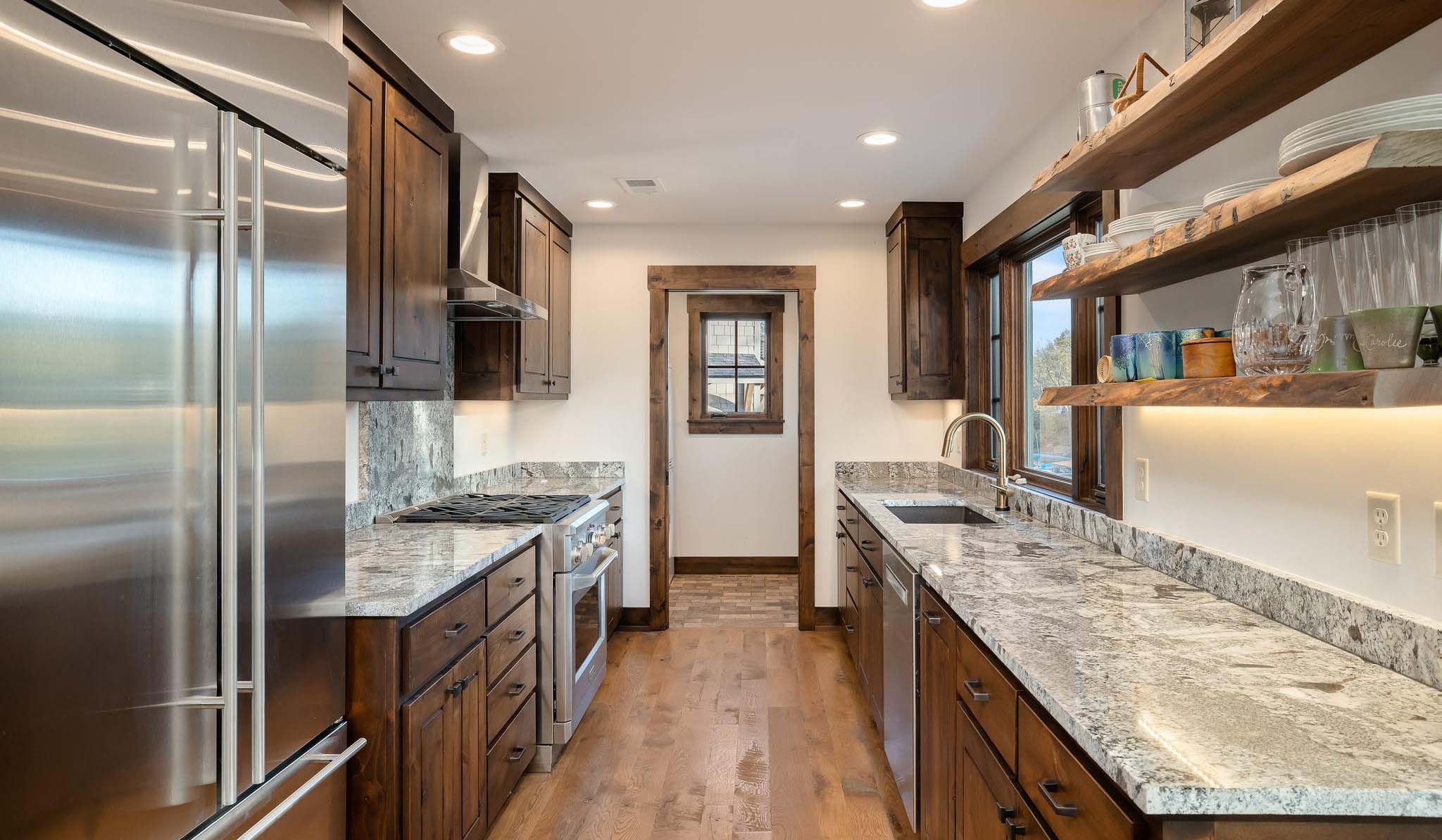 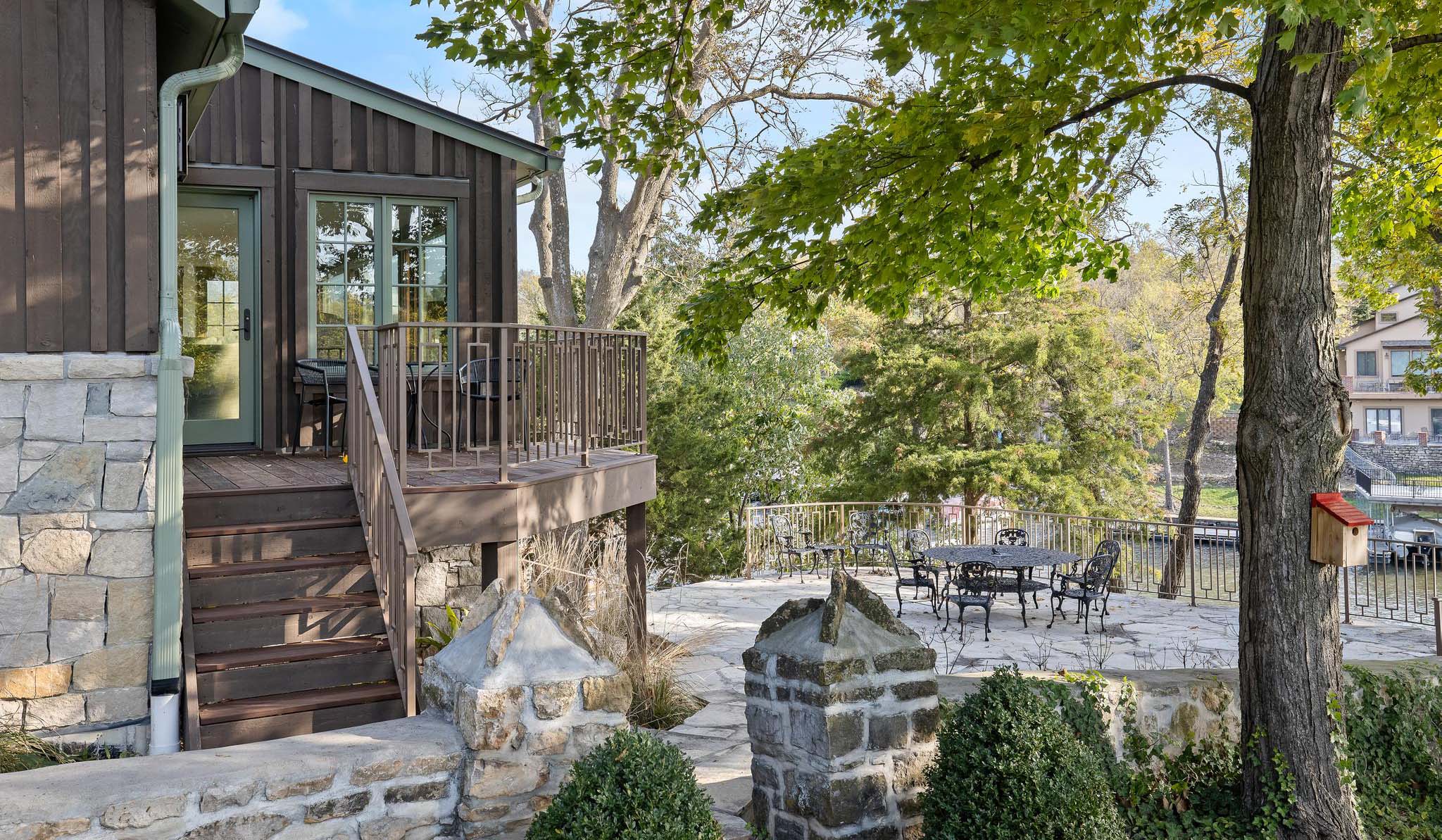 The owner of this longtime family-owned cabin at Lake Lotawana wanted to remodel and build an addition to the existing structure while maintaining the original character and coziness.   The goal was to provide a more functional floor plan with an updated kitchen and an additional bedroom and bath.  The addition of a two car garage was also desired along with additional outdoor living space.

During the bidding process, it was noted that there were serious site drainage issues, at times resulting in a “river” running through the crawl space below the house.  Other structural issues also were apparent, which led to the decision to demolish the existing cabin and rebuild while maintaining the existing footprint along with the planned additions.

A wall running through the middle of the original cabin separating the lake side from the street side of the house was eliminated.  This created a much larger open space for the living room (with a large masonry fireplace and chimney replacing the original fireplace) and casual dining area.   Ceilings were vaulted in some areas to make the spaces seem larger.   The kitchen was relocated and expanded to provide views of the lake (with a laundry room to one side).   A large island with eating space was also added to provide separation between the kitchen and the living room.  A new master bedroom and bath was added on the south side and a new guest bedroom and bath was added on the north side of the cabin.  A new two-car side entry garage was added by pushing it into the slope of the lot.  To provide a connection between the house and the garage, a new entry hall and closet was also a part of the project.

Native walnut trees removed for the project were milled and incorporated into doors and trim.  New outdoor living areas complete the charm and character of this property.